Sleep problems immediately prior to and immediately after having a baby are quite usual, but this doesn't necessarily make the side effects any easier to deal with. Between hormone fluctuations, major life changes, and 24/7 hyper-alertness of all your newborn's needs, shuteye takes a backseat to just about everything else.

Acoustic Sheep CEO, physician, and mother, Wei-Shin Lai is no stranger to unconventional sleep patterns. Between attending medical school, launching a company, and having a baby, for Wei-Shin, catching a few quality ZZZs has always been easier said than done.

In Wei-Shin's early days at medical school, it was mandatory that students work an overnight shift at least one day a week. In the morning, they were still expected to attend class, participate, and continue studying. When it was all said and done, Wei-Shin and her fellow students were staying awake for up 30 hours straight at least once a week.

"Then, you're just supposed to go home and go to bed," Wei-Shin recalls. "Get back into a regular 8:00 am to 6:00 pm kind of a schedule for a couple of days. But, it's really difficult." From med school, to residency, and even into private practice, the sporadic, arduous, and mentally draining hours continued.

"I tried to pick a residency that was a little more progressive in terms of allowing the residents to sleep. For instance, my residency had a rule that after 24 hours of working, you were allowed to go home." The problem was that after hours of pushing herself to stay awake on these demanding days, Lai found herself amped-up and hyper when it came time for bed.

Over time, it became harder for Lai to fall asleep, and then even more difficult to wake up. "For years, I was constantly fighting fatigue," Wei-Shin remembers. Unfortunately, private practice wasn't much better. Every fourth night she was on call, frequently waking up to her pager in the wee hours of the night as another emergency would transpire.

At the time, Wei-Shin's husband, Jason, stumbled upon an article about binaural beats, a solution he thought might help her fall back to sleep. The idea behind binaural beats is to isolate two pure-tones in way that makes your brain perceive a third tone, one that mimics sleep brainwaves. However, with one problem solved, the next one quickly emerged.

There were no headphones on the market that were made to be worn to bed. Traditional earbuds were uncomfortable, wouldn't stay in place, and had subpar sound quality. So, with no solutions available, Wei-Shin and Jason took matters into their own hands.

Thus, the concept SleepPhones was born. Wei-Shin and Jason began buying different kinds of speakers, solder wire, and a variety of fabric for headband material. "I was like, 'Oh yeah, this makes a lot of sense— it feels great, it stays on all night, and the sound was really good.' Wei-Shin recounts. "And then I was able to fall asleep!" 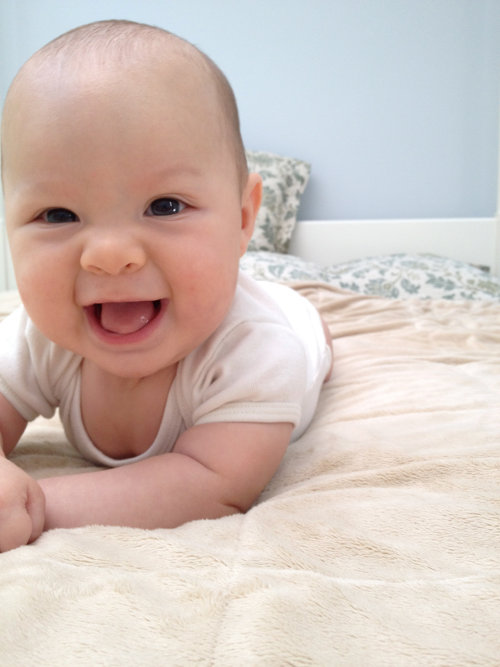 Sleeping Can Be A Challenge for New Mothers

At the time when Wei-Shin had her child, she and her husband were living in State College, PA. They were both working long hours at their "day jobs," building AcousticSheep by night, and rapidly developing new ways to diversify their quickly growing business.

Paradoxically, Wei-Shin and Jason were digging a deeper and deeper sleep deficit as the orders for SleepPhones poured in. Vendors and distributors were emailing in droves, and of course, their baby's sleep schedule was anything but "normal."

If you're unfamiliar with these terms, a monophasic sleep schedule means sleeping in one long session (i.e. 10:00 pm – 6:00 am). Biphasic sleep entails two sleep sessions, and polyphasic sleep is generally any more than two.

"I was sleeping in two major chunks," Wei-Shin remembers. "One was about five hours long, from midnight to 5:00 am... Sometimes during mid-day I would have to take a nap, but the baby wasn’t always tired so I would hand him off to Jason and try to take a three hour nap."

Trying to take an afternoon nap can be easier said than done, though. During the day, it's often too bright for sleep, too noisy, and if you're a new mother, too fraught with worry about your child's needs. To add the fatigue, mothers are generally advised to avoid caffeine while nursing, so the option of staving off exhaustion with a cup of coffee is usually not an option.

The Return of the SleepPhones

Wei-Shin was still adamant about building the business and keeping up AcousticSheep's momentum. However, Wei-Shin's baby boy was having trouble sleeping. "He wouldn't go to sleep unless he was eating, so I had to feed him to sleep every time... Since I was breastfeeding exclusively for the first four or five months, I was nursing all day long."

This time nursing ended up becoming Wei-Shin's work hours. "It was really difficult to make phone calls during that period," recalls Wei-Shin. "I didn’t want to wake him up with my conversation if he was sleeping, and if he wasn't sleeping he would potentially be making noise." As a result, the baby's mealtime became Wei-Shin's brief window to make business calls.

With the help of a freehand-style nursing pillow, Wei-Shin could feed the baby and answer emails simultaneously. "We're kind of workaholics," she laughs.

But while work was being managed, sleep was becoming an issue again. "Moms are programmed to wake up when their baby is crying," Wei-Shin asserts. "I would hand him off to Jason, but if he was crying, I would wake up."

To help gain back those couple crucial hours of sleep, Wei-Shin started using her SleepPhones again. Finally, just as they had helped her years ago, Wei-Shin's SleepPhones began helping her to sleep well once more.

Today, AcousticSheep is booming and continues to garner international attention for their high quality products. From shift workers to new mothers, SleepPhones have helped thousands of people overcome their sleep problems.